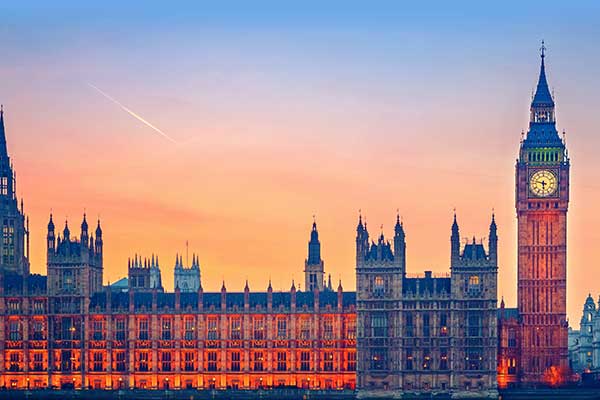 THE ELECTORATE HAS SPOKEN – CONSERVATIVES WIN A MAJORITY

The Result Is In

Following six weeks of intense campaigning, the result is in. The electorate has delivered its verdict.

In Britain’s first December general election in nearly 100 years, the Conservative Party has won a very comfortable majority, soaring past the magic 326 seat mark in the early hours of Friday morning. With the Conservatives now occupying 364 seats with just one left to declare at the time of writing, Boris Johnson’s gamble certainly appears to have paid off – it’s the party’s best election performance since the 1980s.

The Prime Minister said the result marked a “new dawn” for the UK and that he would work “night and day” to repay the trust of the electorate.

Despite the inclement December weather, millions of voters made their way to the polling stations on Thursday to have their say; even so, it was a disappointing night for some. Labour sustained huge losses in the party’s worst election performance since 1935, causing Jeremy Corbyn to announce that he will not be fighting another general election as Labour leader. Meanwhile, Liberal Democrat leader Jo Swinson resigned after losing her seat to the Scottish National Party’s Amy Callaghan – albeit by just 149 votes.

In fact, it was a very good night for the SNP, which made significant gains across Scotland and won an additional 13 seats, bringing the party’s total to 48. Speaking about the results, First Minister Nicola Sturgeon said the huge support for her party had sent a “clear message” on the prospect of a second independence referendum.

Early indications suggest that voter turnout was down on 2017, at 66.71% against 68.7% at the previous general election.

In the run up to the election, the markets had a few jitters, with investor sentiment reactive to various polls and surveys. On election day, both currency and equity traders started the session cautiously, but were later boosted by hopes of progress in the US-China trade deal. On the afternoon of the election, the FTSE 100 closed up 57.22 points at 7,273.47; the FTSE 250 closed up 145.92 points at 20,793.03.

On election day, sterling ticked up to touch the highest level against the dollar since March as traders bet the ruling Conservative Party would secure a majority, trading at around $1.31. Following the results, sterling traded even higher on 13 December. The pound surged against the dollar to initially trade at around $1.34, its highest level since May last year, on the hope a majority would remove the Brexit uncertainty that has reigned since the referendum. Sterling also jumped to a three and a half year high against the euro.

s the markets opened following the results on 13 December, the FTSE 100 and the domestically focused FTSE 250 experienced strong gains. Clarity is now needed on the future relationship between the UK and the EU.

The Prime Minister said the result marked a “new dawn” for the UK and that he would work “night and day” to repay the trust of the electorate.

What next then for the Prime Minister? Well, firstly, his visit to Buckingham Palace and the traditional speech outside No. 10. Next? His overwhelming priority is, he says, to take the UK out of the EU next month “no ifs, no buts“.

A Budget is likely to follow early in the New Year.

Major events such as this always have an effect on markets. It can be challenging to look through the political noise; however, it is essential to consider longer-term timescales instead of focusing too intently on short-term events. It’s always important to maintain investment focus to navigate any challenges ahead.

Financial advice is key. Please don’t hesitate to get in touch with any questions or concerns you may have. We are here to help.

Whichever way you voted on 12 December, the country has acted decisively to provide a comfortable majority and, under Boris Johnson’s leadership, we will be led into the New Year with a clear mandate to “get Brexit done“.
Whether you voted remain or leave, it is clear the Conservative government will strive to achieve Brexit in order to keep their key campaign pledge. The clock is ticking – the 31 January Brexit deadline is on the horizon.

Whichever way you voted on 12 December, the country has acted decisively to provide a comfortable majority and, under Boris Johnson’s leadership, we will be led into the New Year with a clear mandate to “get Brexit done“.

“The people want change. We cannot and we must not let them down.”

“I recognise that [Brexit] has contributed to the results that the Labour Party has received all across this country.”

“I recognise that [Brexit] has contributed to the results that the Labour Party has received all across this country.”

“For millions of people the election results will bring dread and dismay. I shall make further remarks later today.”

“We celebrate a victory for the British people.”

“The Labour Remainer message buried colleagues in Labour Leave seats, along with hostility to Corbyn.”

“Dominic Grieve in Beaconsfield loses his seat and says in his speech the Union is now in serious danger.”

“I killed the Liberal Democrats and I hurt the Labour Party.”

“The exit poll is extremely disappointing for Labour, if it is correct. I thought it would be closer.”

It is important to take professional advice before making any decision relating to your personal finances. Information within this document is based on our current understanding of taxation and can be subject to change in future. It does not provide individual tailored investment advice and is for guidance only. Some rules may vary in different parts of the UK; please ask for details. We cannot assume legal liability for any errors or omissions it might contain. Levels and bases of, and reliefs from, taxation are those currently applying or proposed and are subject to change; their value depends on the individual circumstances of the investor.

The value of investments and income from them may go down. You may not get back the original amount invested.

Next article
Want to know more? Call us on 01932 213203 or email us at admin@rwmfinancialplanning.co.uk. The guidance and/or advice contained within this website is subject to the UK regulatory regime, and is therefore targeted at consumers based in the UK.